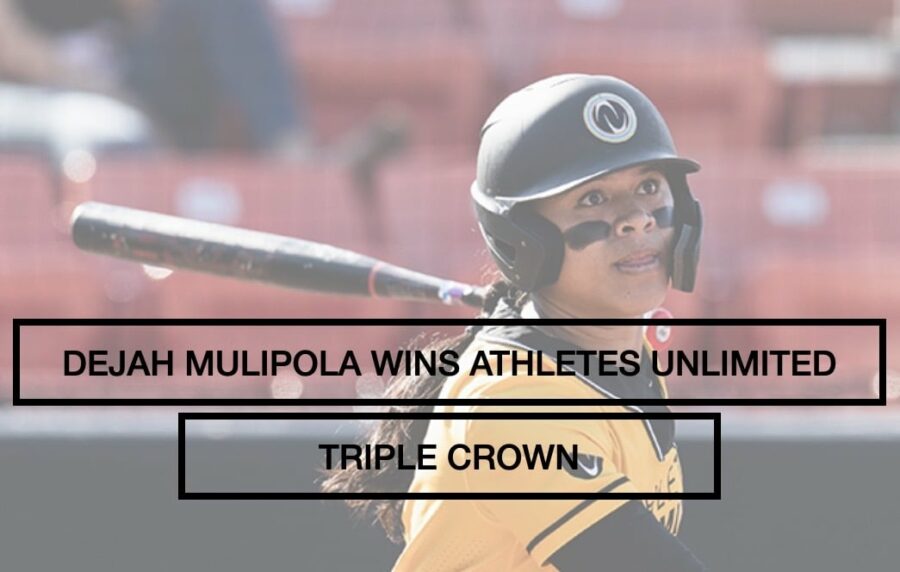 Former University of Arizona star, Dejah Mulipola came out on top after a tight points race going into the final game of the 2022 Athletes Unlimited Season. Since AU’s inauguration in 2022, Mulipola is just the first position player to win. She finished with 1,782 total points (the point system is explained below), .432 with nine home runs and 19 RBIs over the course of the 5-week season. Those stats also made her the first Triple Crown winner! 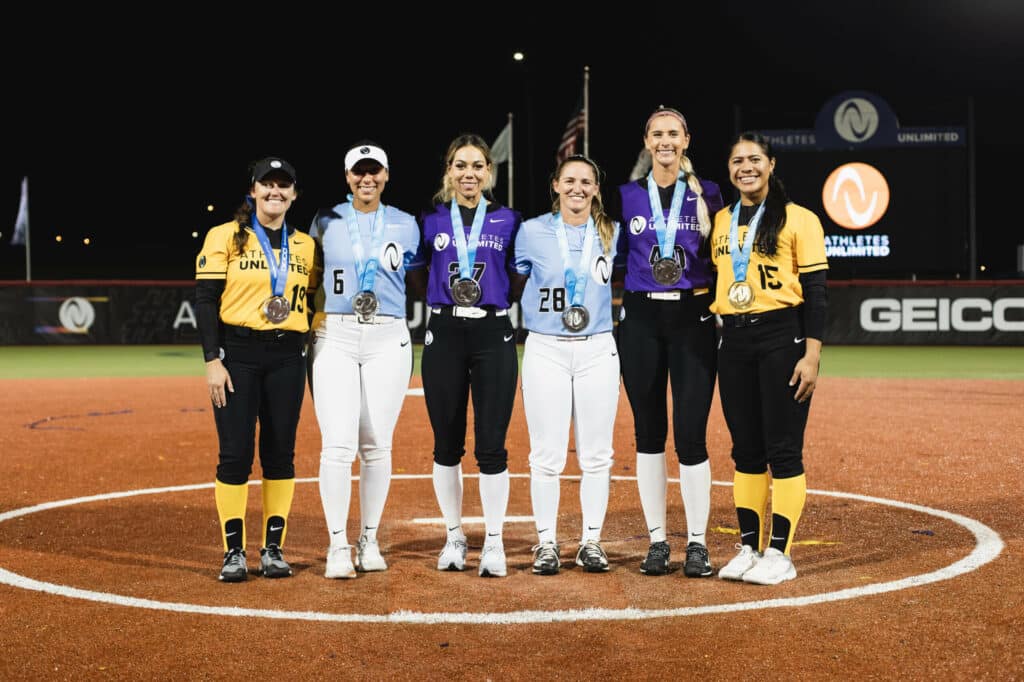 For those who haven’t heard of Athletes Unlimited, they’re using an innovative player-centric model to create leagues across softball, volleyball, basketball, and lacrosse.

In a nutshell, players earn points for contributing to the game or if your team as a whole wins. The 4 players with the highest points after each series are the new team captain of the 4 teams. And then each captain is in charge of picking their players for the upcoming series. Here’s a breakdown of points from the Athletes Unlimited website:

If an inning is tied, the points roll over to the subsequent inning.

After each game, the players and members of The Unlimited Club will vote for three players who they feel had standout performances.

The final component of points is individual stats. Position players and pitchers will earn points based on their performance.

The breakdown for individual points is as follows:

For example, if a pitcher throws 5 2/3 innings and allows one earned run, they would earn 58 points.

A player’s points determine their ranking, which will be used each week for the draft.

What about extra innings?

In extra innings, no player earns individual points and there are no additional win points to be earned per inning – only those that have rolled over.

For example, if all seven innings were tied and the game took nine innings to decide a winner, only 70 points, plus win points, would be awarded.

After the last game of every week, the top four point scorers will be named team captains. Each captain will be assigned to a team color based on their standing.
No. 1: Gold
No. 2: Orange
No. 3: Blue
No. 4: Purple

Team captains can consult with anyone they want prior to the opening of the draft, including any Athletes Unlimited staff, former coaches, and teammates.

Each week during the draft every captain will be allowed up to two minutes per pick. Once a player is selected their captain may consult them for further decisions. Once all 60 players have been selected to a team, it will be time to prepare for the upcoming slate of games and get ready to play ball.

Then, an exciting new week of competition will begin.

Alexa has been working with The Hitting Vault since 2017 as a hitting coach, social media content creator, and writer. Prior she played six years professionally, and was 1st Team All-American at the University of Oregon, helping the Ducks reach the Women's College World Series twice. She also coached collegiately for 3 years at the University of Montevallo (D2).
FREE 1 Hour Coaching Clinic w/ MLB Hitting CoachWatch Clinic Now