It’s finally that time of year again, the postseason is in full swing for NCAA Softball and Baseball. To kick things off we wanted to do a quick roundup of our favorite hitters to watch in the Women’s College World Series starting this Thursday June 2nd.

No list about hitting in college softball can be complete without Jocelyn Alo being at the top, not only for her career but maybe in the history of the sport. Alo became the new NCAA Home Run Queen on March 11th and was recently named the 2022 USA Softball Collegiate Player of the Year for the second straight season. As of June 1st she has 29 home runs and her 117 career home runs have shattered the home run record for both men and women.

For having a somewhat high leg kick, Alo still has a fairly simple swing that would be good for younger hitters to replicate.

Delanie starts far open, strides in for a small toe tap then strides forward. While this may be hard to control for younger hitters, these movements would be very beneficial for older hitters looking to slow their load and stride down to help with timing.

Jennae Jefferson comes into the World Series as one of the hottest hitters in the game. She currently holds the records at Texas for most number of hits all time (278) and batting average at .431. What we love about Janae’s game is how dangerous she is at the plate. She has elite speed to bunt or slap for a hit and can also drive the softball gap to gap and put it in the seats. In the Regional series against Washington she crushed two home runs to help push the Longhorns past the Dawgs and punch their ticket to the World Series.

If you’re looking for a great example of a lefty triple threat, look no further with Janae Jefferson.

Rachel Lewis burst onto the scene as soon as she set foot on campus at Northwestern. Before she arrived, the Wildcats had a losing record and she immediately helped turn that around by leading them to the NCAA tournament in all four of her seasons. Lewis has crushed 22 home runs this year to lead the Big Ten and has broken the Northwestern career homerun record (58) by 6, with a few more games to go!

Lewis is a great example of a hitter that starts slightly open. She does a great job at being “slow to fast.”

The Beavers have been an incredible story to follow this postseason for NCAA Softball. A major key to the Beavs success has been the clutch postseason play of Mariah Mazon. At The Vault we generally like to focus on hitters, but Mazon has led the charge from the circle and the dish during postseason play. Her 859 career strikeouts set the record for Oregon State and she has consistently been coming up huge at the plate with 12 home runs on the season and a .366 batting average.

Mazon has a very simple swing, with a small leg pick up that would be great for many young hitters to replicate.

Skylar Wallace made the jump from Alabama for the 2022 season and has quickly made her mark on what is one of the most potent offenses in college softball. She bats in the three hole for the Gators and is currently at or near the top for almost every significant hitting category in the SEC this season. Her 2022 season had her hitting .406 and leading the SEC in both runs and stolen bases. And not only is she lightning quick on the base paths, she also leads the team with 8 home runs which includes two this postseason.

If you have a lefty hitter with a far open starting stance, check out Wallace.

Allie Skaggs is the youngest “Hitter to watch” on our list. As a sophomore she’s already making some serious noise with her bat. She’s hitting .371, has 58 rbis, and leads the Wildcats in homeruns (24) and OB% (.460).

If you need a good example of a hitter with a high leg kick who controls it well, Skaggs is your girl.

Miranda Elish, a transfer from Texas, is similar to Mariah Mazon in that she’s another pitcher that rakes.Elish was recently unanimously named 1st Team All Big-12, and is boasting a .371 batting average, has driven in 31, with 7 homeruns, and leads the Cowgirls in OB% (.457) and SLG% (.605).

If your hitter has an early toe tap in their swing and needs an example of being fluid and consistent with their heel planting and how to still transfer their weight, watch Elish this weekend.

Parents: Want to Find the #1 Issue in Your Athletes Swing, Robbing Their Power?
Take the 59 second "Unlock Your Power" Analysis Tool™, and find out exactly how your athlete can add 30-50 feet to their line drives (instead of ground outs).
Take the Quiz
Close
CollegeSoftball 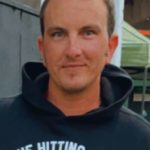