Two Strike Hitting: Why Striking Out Isn’t The Worst Outcome

Two strike hitting is one of the toughest things we have to do as hitters.  As coaches, we always talk to our players about having a “Two Strike Approach” (meaning what we do at the plate differently when we have two strikes).

The majority of coaches teach their hitters (as I did for several years) to choke up, spread their feet out, get their front foot down early, and to protect the plate with a defensive swing.

Now there are advantages to this approach: By being spread out and getting our foot down early our concentration is on making contact and not getting beat by a fastball. By having a “protect the plate” style swing the percentage chance that the ball is going to be put in play is definitely increased.

But is “just making contact” ever a good thing? There are scenarios at the younger levels were just putting the ball in play can have a good “result”. So you can argue that “Yes”, the dad or mom yelling from the stands saying “just make contact” had their wish come true.

But, I’m going to teach you the “Two Strike Approach” that the best hitters that I work with implement instead. Implement these four things to hit better with two strikes.

In 0-2 and 1-2 counts, roughly 90% of Travel Ball and High School pitchers throw outside. 80% in college and closer to 70% in the pros. How can we use this data to our advantage? Get closer to the plate. This has multiple advantages.

One, your barrel is ready to play the percentages of the outside pitch.

Two, if the pitcher decides to go in and ends up going too far in, you just earned a free base in a count that was to the pitcher’s advantage. Nothing makes me happier as a coach when one of my players wears a pitch on an 0-2 count. It is so deflating for the pitcher and opposing team.

Most hitters expand the zone with two strikes and end up swinging at pitches out of the zone, hence why most pitchers don’t throw strikes with 0-2 and 1-2 counts. If you listen closely to the opposing coach/dugout you’ll hear them preach to the pitcher to NOT throw strikes in those counts. So as hitters, why are we chasing them?

At the last college I coached, we led the conference in every offensive category that you’d want to lead in from Average to Hits to Home Runs but you know what else? We led in walks. With 90 walks (nearly double the 2nd most in our conference) and also had the least amount of strikeouts in the conference with 61.

Related reading: How to Fix Swing and a Miss

How does this happen? Our team had the approach that they weren’t going to chase pitches during two-strike counts. And it paid off, big-time. By not chasing in those counts our hitters got the counts back to even or ahead and turned the tables on the pitchers we faced.

Another mistake that I see a lot of hitters making is that they assume that with two strikes they are going to get an off-speed pitch and they sit on them and get surprised by the speed of a fastball. Unless you know what’s coming, you have to sit fast and adjust slow on all counts.

With my hitters, I refer to this as being slow to fast. Check out a free preview from The Hitting Vault in the video below:

Lastly, but most importantly…

Why would you give up over 33% of your at-bat? Take the same aggressive hack you took with less then 2 strikes. Over the course of time, the result of swinging hard with two strikes with some swing and misses will greatly outweigh having a “contact only” swing with two strikes. I’ll trade a hard swing and miss with 2 strikes than a weak grounder 90% of the time.

Dustin Pedroia of the Red Sox said it best:

“There’s a reason you get three strikes up there instead of two. You need to make the most of every pitch in an at-bat, and that’s all I’m trying to do, whether it’s the first pitch of an AB or the 10th.”

The Hall of Fame of Whiffs

Here are some notable “Strikeout Hitters”

Coaches, I want to encourage you to take the fear of striking out away from your hitters. Encourage them to swing hard. Always. And hitters, I’ll leave you with this quote from one of the greatest hitters of all-time…

Parents: Want to Find the #1 Issue in Your Athletes Swing, Robbing Their Power?
Take the 59 second "Unlock Your Power" Analysis Tool™, and find out exactly how your athlete can add 30-50 feet to their line drives (instead of ground outs).
Take the Quiz
Close
Mental Game 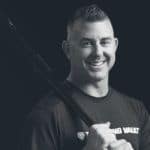